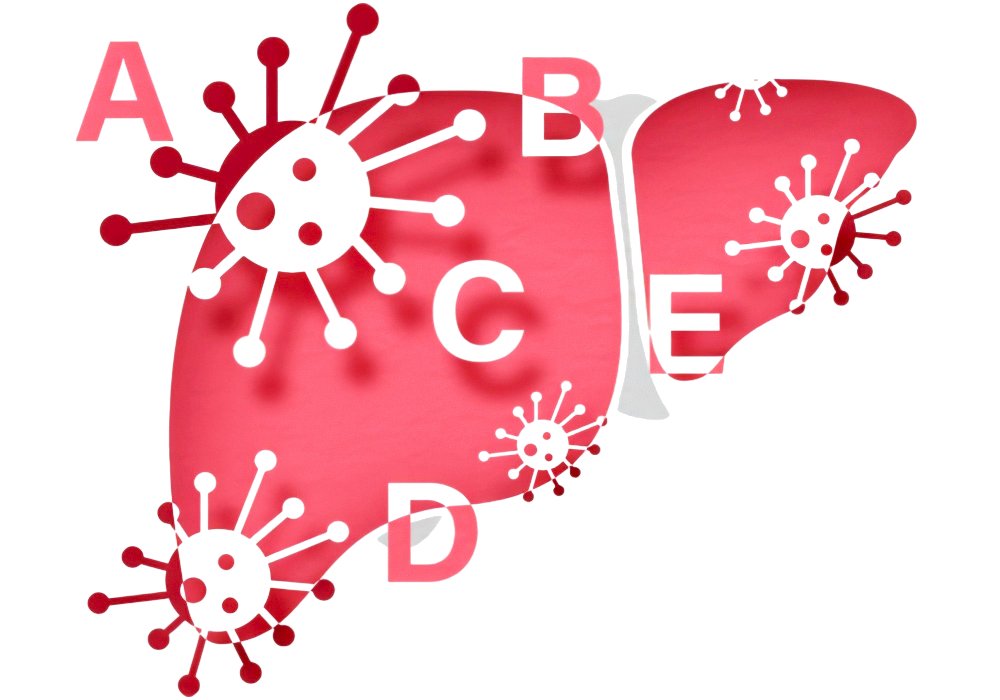 Hepatitis is an inflammation in the liver associated with disturbed liver functions leading to abnormal metabolic rate which may result in accumulation of toxins in the bloodstream. Hepatitis isn’t a tropical disease affecting a localized region as it is annually reported from almost all over the world. World health organization (WHO) has estimated that more than 350 million people are living with hepatitis resulting in the death of 1.5 million every year. Despite WHO efforts, the rate of new hepatitis cases is currently increasing.

So, what are the causes of hepatitis? And what is the most common type of it?

Unlike many other diseases, hepatitis has multiple origins. Viral hepatitis represents the majority of cases. Virus A, B, C, E, and D are commonly reported to be the causes of viral hepatitis. HBV and HCV usually cause chronic liver affection while HAV and HEV cause acute hepatitis with more rapid onset which makes it easier to be diagnosed and treated. Statistics declared that the hepatitis A virus (HAV) has the highest rate of infection globally. Bacterial infection is less common to cause hepatitis yet its risk is more in immune-compromised and old people.

Autoimmune diseases are the second most frequent cause of chronic hepatitis in which the human immune system attacks its own tissues and organs. Autoimmune hepatitis (AIH) is usually accompanied by other systemic symptoms. Physicians have divided AIH into two main types and fortunately, both are almost rare. The exact mechanism of autoimmune hepatitis is mostly unknown but it is found to usually affect middle-aged females.

Alcohol is also a well-known cause of hepatitis as it damages liver cells directly and destroys their architecture. Alcoholic hepatitis is found to present predominantly in east Europe and the US where alcohols are drunk more. Fortunately, mild to moderate alcohol toxicity and hepatitis are reversible. The amount of alcohol required to develop hepatitis is variable according to liver condition but 3.5 ounces (100 grams) is said to be enough to cause hepatitis for most people. 100 grams of alcohol is equivalent to six glasses of wine and seven beers.

Patients taking drugs for long periods or getting a higher dose than needed may develop hepatitis. Paracetamol is the most frequent cause of drug-induced hepatitis, especially during the COVID epidemic. Tuberculosis, as well as malaria drugs, cause liver inflammation especially in developing countries where TB and malaria are endemic. Hepatotoxic drugs are numerous and widely used, therefore it is essential to follow up and test frequently for your liver function to avoid hepatitis.