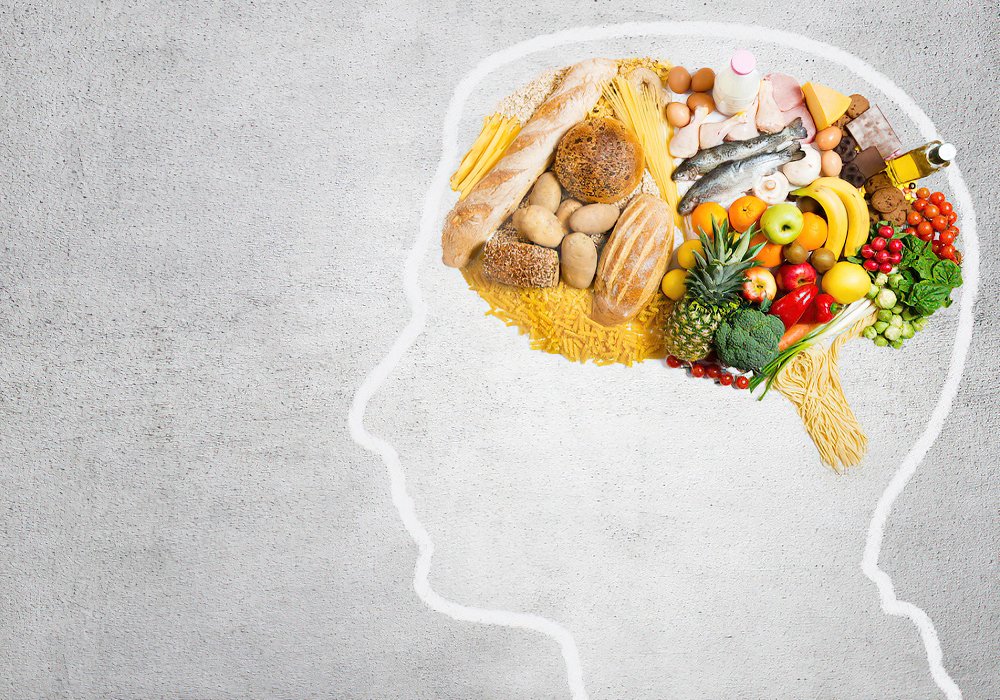 The brain is the most important organ in the body. It is extremely complex as it is responsible for controlling every function of every cell in your body at all times. It handles the way you think, the way you feel, the way you perceive different stimuli around you., It stores your memories and keeps you attentive and well organized, it tells you when you’re hungry or cold and significantly many more important physiological and psychological functions. It is basically the maestro of the whole body which consists of billions of neurons that communicate together in harmony to keep you balanced and functioning. All that said, there is no doubt that it is an extremely important priority for us to keep our brains healthy through proper nutrition and good quality food that the brain highly needs; as it consumes a great amount of energy throughout the day, it needs fuel constantly and that fuel needs to be of premium quality that can help the brain maintain its performance and help prevent damage and protect against diseases as the losses in brain tissue are very precious and cannot be replaced.

Food and the brain:

The food you eat not only gives you energy to go about your day, but it is of crucial importance to cognitive functions and emotional stability. The smell and sight of food can alter the emotional states of the brain through for example the recollection of good memories.

The body produces hormones in response to eating like insulin and glucagon-like peptides (GLP) that enhance synaptic formation and signal transduction in the hypothalamus and hippocampus, the areas of the brain in control of learning and memory.

The parasympathetic activity by the vagus nerve, when stimulated by food intake, provides sensory information to the brain, influencing emotions, something that  is being used therapeutically nowadays  as a way for treating chronic depression.

The impact of food on brain development starts from prenatal life as the mother is responsible for the wellbeing of her fetus through proper nutrition, which means that malnourished mothers during gestation negatively influence the brain development in this important stage of life.  Even during the early 2 years of development, good food is needed for proper neurons, glial cells formation, and proper nerve oxygenation for fast signal transduction.

Half of the brain is made up of lipids, and about 50% of the fatty acids in the brain are polyunsaturated fatty acids either arachidonic acid or docosahexaenoic acid DHA. They regulate the formation of glutamic synapses responsible for plasticity and cognitive ability and neuronal differentiation. That is why omega 3 fatty acids, which we obtain mostly from fatty fish, are among the most important supplements that we need to incorporate into our diets to renew our brain membranes and protect it from the effect of aging and even improve the cognitive functions in people with Alzheimer’s disease.

We should stay away from saturated fats and trans fats as these types are extremely harmful and have been linked to exacerbation of cognitive decline in aging individuals.

Micronutrients like vitamins and trace elements are of essential importance to brain development. Some mental disorders have been linked to lack of sufficient amounts of vitamins like vitamin B6, vitamin B9, vitamin B12 and folic acid which are responsible for breakdown of homocysteine, a substance that accumulates in the brain of people suffering from Alzheimer disease and dementia.

Vitamin D is one of the main regulators of Calcium homeostasis. If vitamin D levels are low, it leads to reduction of the buffering of accumulated calcium in the brain, which has been linked to depression as well as the buildup of amyloid peptide related to dementia.

Zinc is one of the most important metals in the brain necessary for nucleic acid formation and brain tubules growth. If its levels are low, it  leads to learning and memory deficits and progression of some neurodegenerative disorders .

Iodine, the main element used for thyroid hormone formation, plays a great role in brain development and neuronal oxygenation in fetal life. Iodine deficiency can lead to irreversible mental retardation, in a syndrome known as “cretinism”, one of the most prevalent and preventable causes of mental impairment in the world.

Choline, the main source for the production of acetylcholine, is the most important neurotransmitter in the body. Low concentrations of choline can lead to neuromuscular problems and neural tube irregularities in children and dementia thereafter.   It is very easy to obtain choline from the diet to improve brain health and banish brain fog as choline supplements activate the biosynthesis of structural phospholipids in the brain and increase dopamine levels.

Another essential mineral that is very beneficial for brain health is selenium. It is a powerful antioxidant that helps relieve some of  the oxidative stress on the brain , which is responsible for the onset and progression of many neurological diseases like Parkinson disease and multiple sclerosis. It was also found that selenium deprivation leads to depressed mood so it seems to help stabilize mood swings.

Neuronal signaling is done through neurotransmitters at synapses between axons and dendrites. Many of these neurotransmitters like glutamate, GABA, dopamine, catecholamines, monoamines, and purines like adenine are influenced by food and are the target for treating many neuropsychiatric disorders.

The amino acid tryptophan is converted into the neurotransmitter serotonin, whose lack increases pain sensitivity and development of bad  behaviors such as  increased aggression and anxiety, so its supplementation in the diet is  beneficial in treating depression and improving mood.

The amino acids tyrosine and phenylalanine , the precursors to dopamine and norepinephrine, are responsible for enhancing cognitive performances especially during stressful situations, making you more alert, attentive and focused.

Turmeric with its main active ingredient curcumin is also a very powerful antioxidant and a strong anti-inflammatory. It increases brain levels of brain derived neurotrophic factor (BDNF), whose deficiency has been linked to depression and Alzheimer disease. It also helps clear the buildup of amyloid plaques in the brain, so it delays the degenerative process that occurs in dementia.

Flavonoids have neuroprotective properties by saving  the neurons against the injuries promoted by neurotoxins and inhibiting neuronal cells apoptosis along with suppressing neuro-inflammation and promoting memory, learning and cognitive functions as well as  inducing beneficial effects on the cerebrovascular system by  promoting angiogenesis and subsequently new nerve cell growth.

Foods to boost your brain health

Salmon, cod, tuna, and Pollack are all great choices of fatty fish which contain healthy amounts of omega 3 fatty acids, unsaturated fats, vitamin B12, and vitamin D, which have good impact on memory and learning, as it helps your brain make new nerve cells and synapses between nerve endings. Research has shown a great decline in the beta amyloid protein clumps in the brain of people with Alzheimer disease. Fatty fish also leads to a great improvement of mood and makes your immunity stronger. That is the reason why researchers recommend consuming fatty fish at least twice per week, but make sure to choose high quality ones that are low on mercury and full of omega 3 .