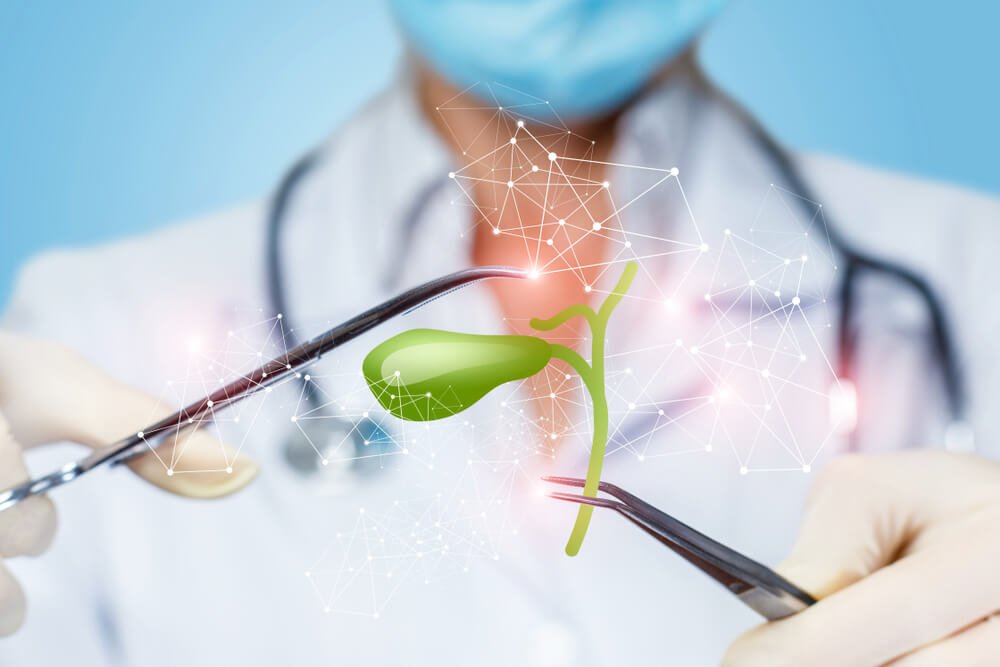 What is the gall bladder?

The gallbladder is a small pouch-shaped organ that lies just beneath the liver and is attached to the lower surface of its right lobe. The pear-shaped organ with a hollow structure has a dark green color and dimensions don’t exceed 10 cm normally. The gallbladder isn’t an essential organ, so humans can live without them with simple lifestyle modifications.

The gallbladder is a part of the digestive system as it helps in digesting fats by storing and concentrating a fluid called bile juice. The gall bladder is considered a reservoir for bile juice as it can store up to 80 ml of it. Ingestion of food stimulates the gallbladder to contract and squeeze itself to excrete the stored bile juice into the bile duct and then into the intestinal tract.

Gallbladder diseases are commonly reported worldwide without specific global distribution. It is believed that gallbladder disorders are more prevalent in obese and middle-aged females. Acute Cholecystitis is the most common gallbladder disease which is mostly caused by gallstones.

Cholecystectomy is a well-known surgery since the 19th century. Surgeons back then figured out that gallbladder conditions may not be relieved by simple traditional medications therefore they innovated surgical procedures to excise the gallbladder. In July 1882 the first open cholecystectomy was performed by a German surgeon called dr. Carl Langenbuch and it was a breakthrough in medicine. After the invention of laparoscopy, dr. Erich Mühe was the first surgeon to perform a laparoscopic cholecystectomy in 1985.

Physicians consider cholecystectomy the definitive treatment for many gallbladder conditions such as recurrent gallstones. it is estimated that more than 700.000 gallbladder removal surgeries are performed every year in the US. The mortality rate of cholecystectomy is barely noticeable as it is found to be less than 0.3%.

Patients who are indicated to get their gallbladder removed ask whether their life quality or expectancy will be affected after the surgery, in fact, patients after cholecystectomy usually have a healthier lifestyle and longer life span.